After the Ninjago party last year, our youngest did recently celebrate his 7th birthday and when I asked him, beforehand, what the theme of this year’s party should be, he proudly announced: Minecraft! Well the motto was not new to me as our oldest had already been celebrating a Minecraft party with his friends, but those were just older kids, which meant that whole new ideas needed to be found!

First we had to look after the invitations… I always check on etsy.com for the party printables to download. Depending on the product and the shopkeeper, you can let your i.e. invitation be personalized with name, age, address, etc. Charel has opted for an invitation with Steve and the Creeper. 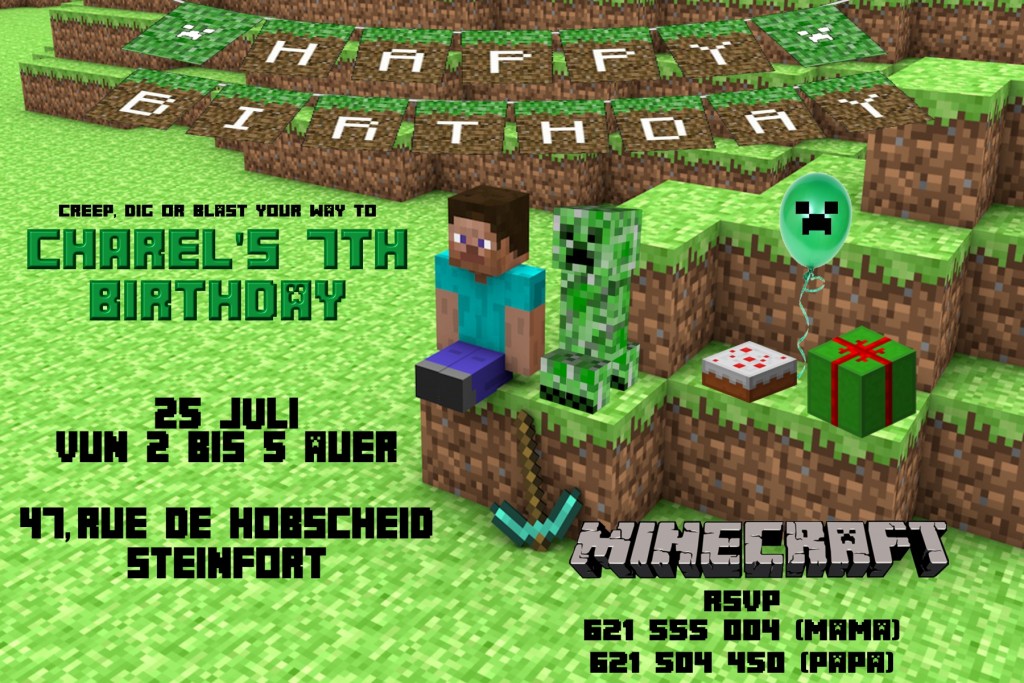 Now the preparations could really start! The layout of the invitation was ordered, printed and handed out. I asked Sabine, the cake specialist of the Fredke And Friends’ blog, for a themed birthday cake. Charel’s godfather was briefed, as each year he has the pleasure to be the games hosts of the party. And this time our youngest one wished to have a kind of rally through the forest.

Searching around for ideas for the party favors, I came across the idea of sewing myself Creeper backpacks to hand out instead of the traditional goodie bags. The evenings before the big day were reserved for the making of these. 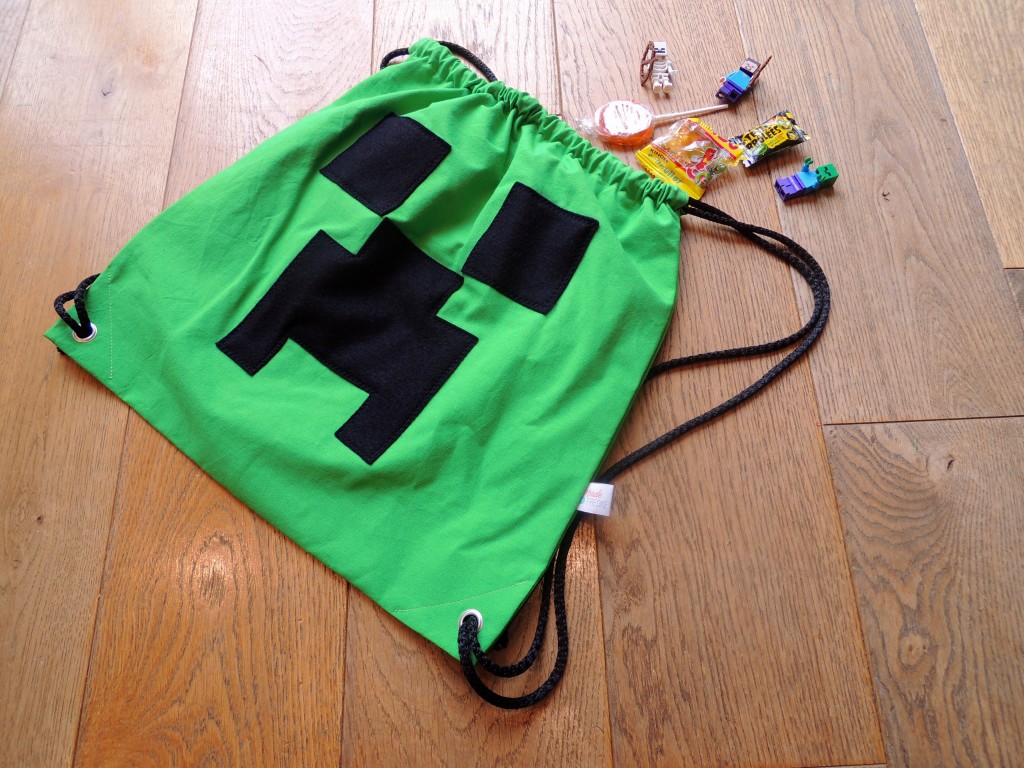 The night before the party, the rest of the preparations were made: birthday banner needed to be cut out and put together, personalization of the Minecraft water bottles, finishing of the backpacks, disposition of the food buffet… 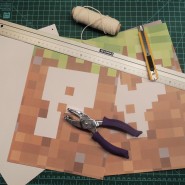 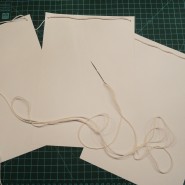 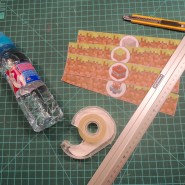 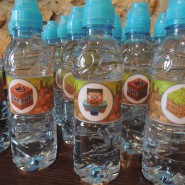 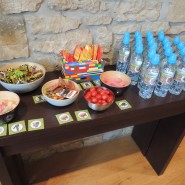 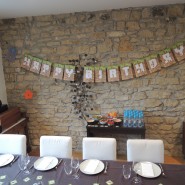 In all the preparation stress, we totally forgot to check the weather forecast! As the sun was shining the whole week and temperatures were high, we did not think that it could get cold and rainy. Well, BIG mistake! On the D-day, it cooled down to 15°C and it was windy and raining! And the whole party should take place outdoors, partially in the woods. This meant that we had to change our plans. In the morning, we checked the house to determinate which rooms could host some of the activities…

Rendezvous had been given to the little invitees on Saturday afternoon 2 pm. Luckily the wind stopped to blow and the rain to fall! When all the 10 guests had arrived, each one of them got a sticker with the name on it. Then the master of ceremony, Charel’s godfather, gave the briefing of the afternoon. And off they went to the Minecraft trip… through the woods! 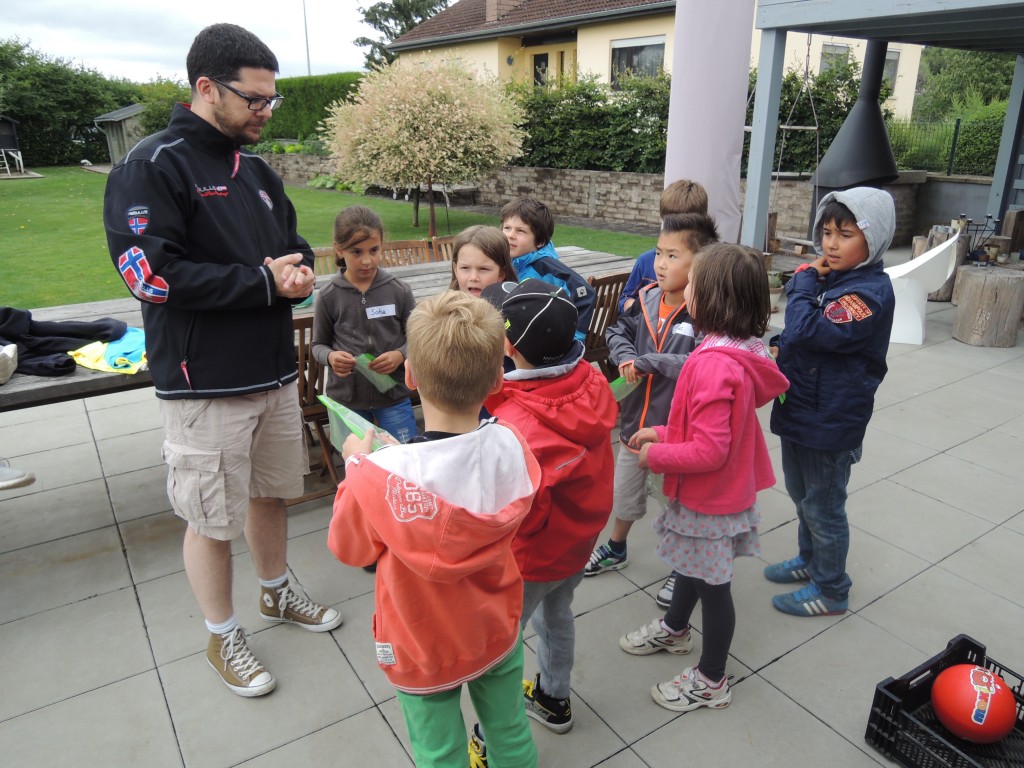 In order to be able to participate in the Minecraft activities in the house, the kids had first to find and collect different elements like gold, coal, TNT, etc. (all in form of sweets) in the woods. Some of it was hidden under old leaves, others on the branches of the trees, etc.

Second step was the Zombie game: 2 kids were designated zombie and given a piece of fabric with which they had to hit the others to transform them also into zombies. What a piece of fun that was! 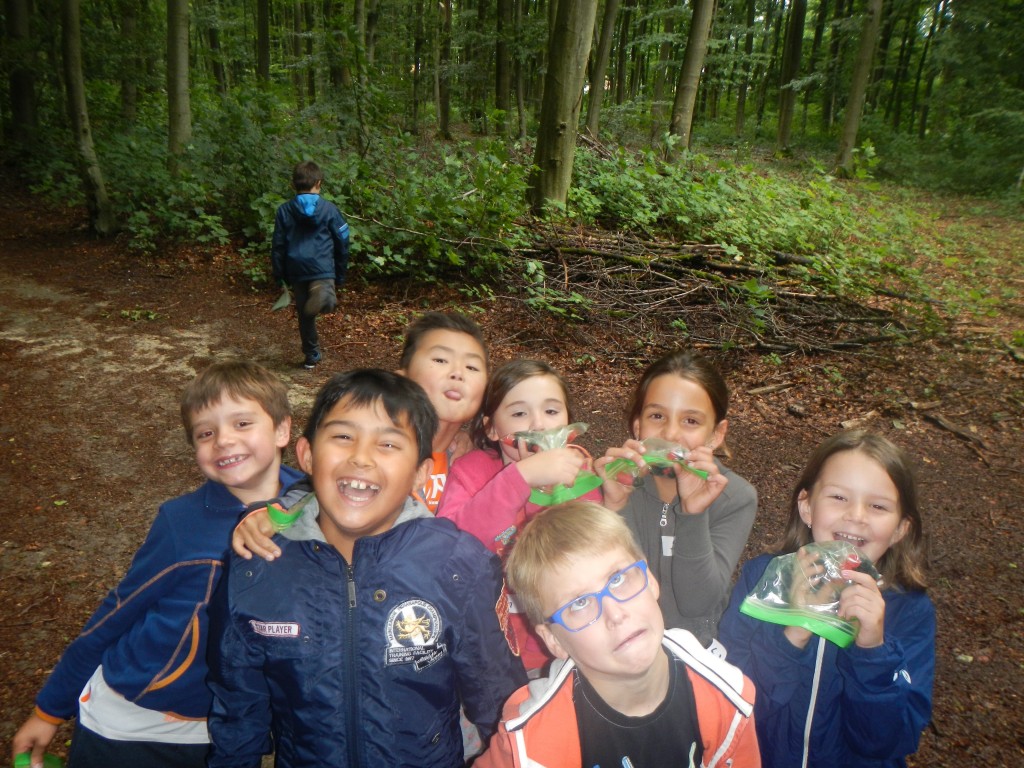 The third step was a traditional sack race… And it was already time to hit back home.

On the way, the group took advantage of the situation and posed for some funny group pictures, a nice souvenir for this unforgettable day! 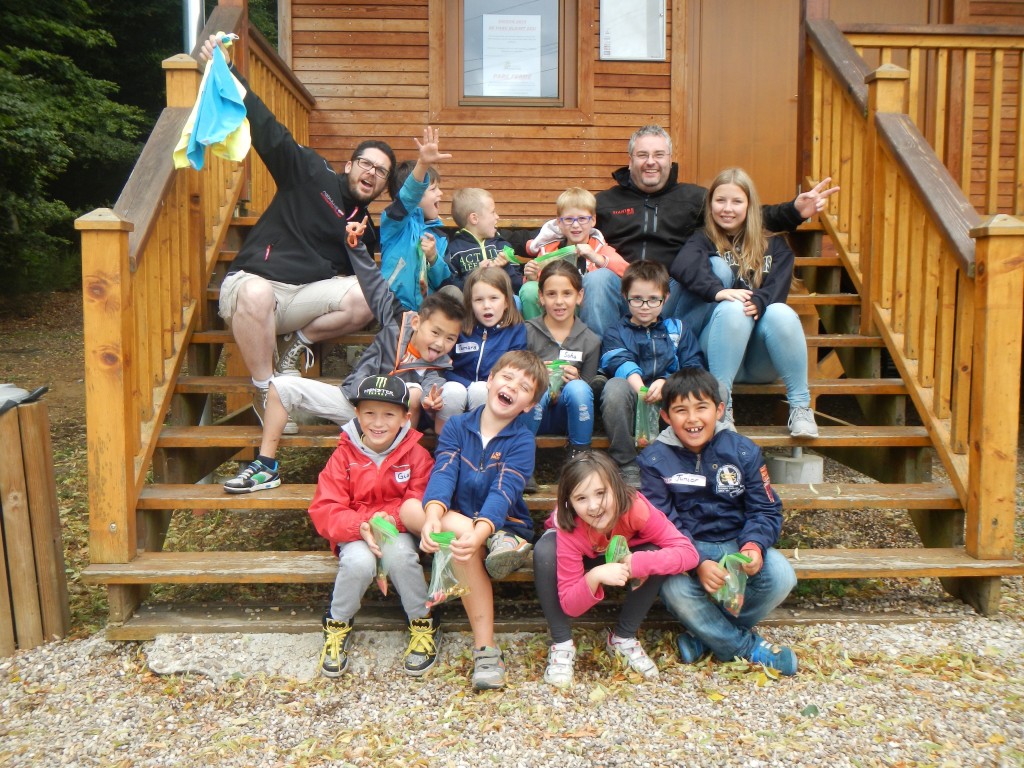 In the Minecraft mansion, the race continued with the creeper games: trying to shoot down a large creeper made out of different elements, shooting mini balls into the face of a creeper on the floor, trying to make fall down small tree trunks… 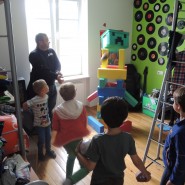 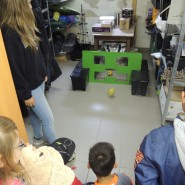 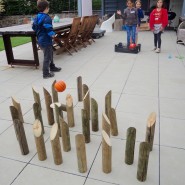 After all these demanding stages, it was finally time for Charel to open his gifts before being served the Minecraft birthday cake. The kids really did make big eyes discovering the themed cake! Charel was just delighted! 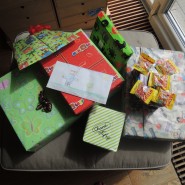 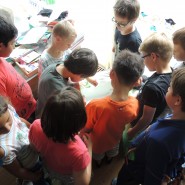 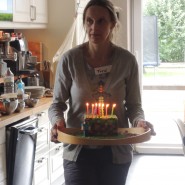 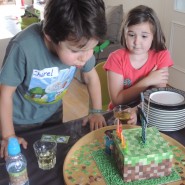 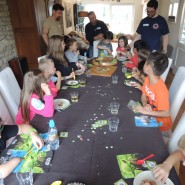 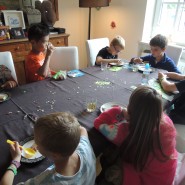 Per se a great day, without the perfect weather but with happy children, who were even more content when receiving their creeper goodie bag!