As every year, a themed party was planned for Charel’s 6th birthday. The aim was to gather all the children in our garden and to make them pass several activities before getting some collation (with birthday cake!) and spare time in the Dutchtub and garden.

Charel decided to have a Ninjago party, as he is a real big fan of this Lego phantasy world. A small challenge for me, as nowadays with the Internet and all the different kinds of birthday party printables (either for free or to buy), it is quite easy to find the right ideas. 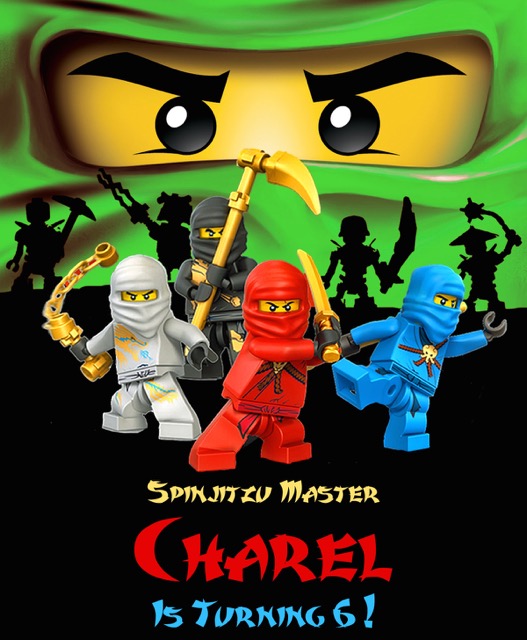 After hours passed on the web, I finally discovered the adequate design for the invitations with all the different Ninjago actors on etsy.com, a marketplace where people around the world connect to make, sell and buy unique goods. The personalized invitations were ordered, printed and cut out, before they were distributed to the little invitees. The rest of the artwork for the banners, bottle labels, etc. as well as the idea for the food presentation were found on Pinterest (a visual discovery tool that you can use to find ideas for all your projects and interests).

Next step was to plan the buffet. As usual the eating part was put together out of a mix of sweats and healthy food all presented in the party theme. With soft candy forms and rice cakes I created a sushi plate. Tomatoes, carrots, cucumber were put together to form a vegetarian snake. Raisins and melon skewers completed the buffet with some bread sticks. And for each of the kids was waiting a personalized bottle of still water.

Round cut outs of the Ninjago characters, paper plates and plastic dishes in the Ninjago actors colors presented in a recipient made out of Lego stones completed the buffet. I printed Lego eyes in different sizes on sticker paper to paste all around the interior of the tent. A bunting finished the buffet’s decoration. 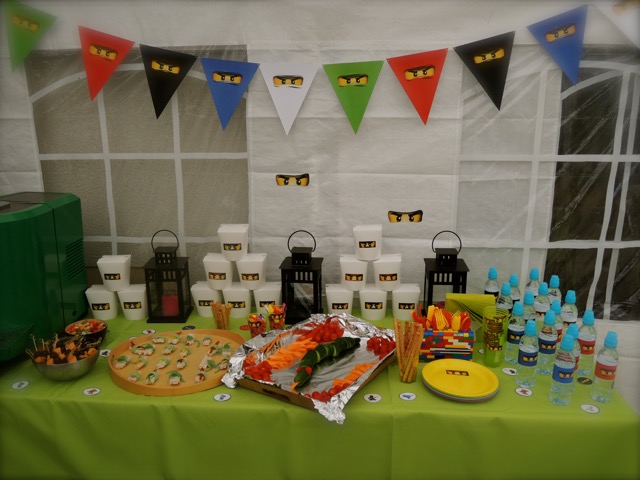 The birthday cake had also to be planned! As the green Ninja is Charel’s favorite, I baked a round yoghurt cake and draped it with green fondant and yellow Lego eyes to look like the Ninja’s head 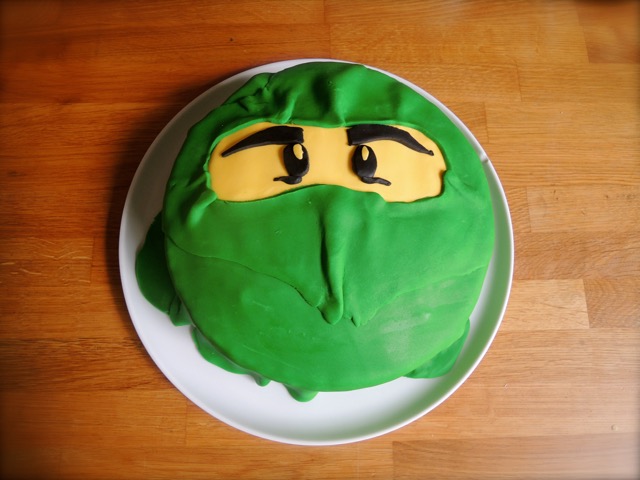 For the party favors, I wanted some Lego gadgets, but unfortunately those were quite too expensive. So I decided to take some normal stuff like stickers, sweets, buffers and other fun gadgets. All the little presents were put into Chinese food boxes decorated with Lego eyes stickers. And every kid received also a group picture as souvenir!

As every year, Charel’s godfather, together with his girlfriend, took care of the animation of the little guests. The idea was to put together an obstacle course allowing the kids to gain all the skills they needed to become a Ninja at the end of it. 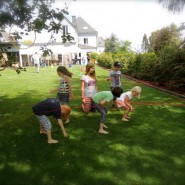 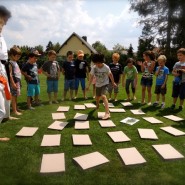 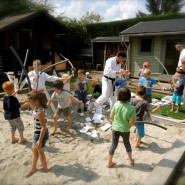 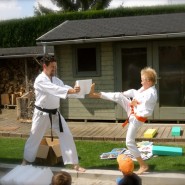 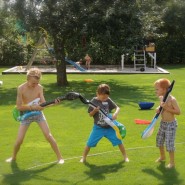 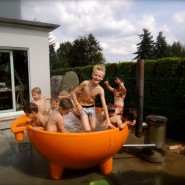 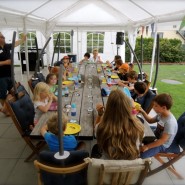 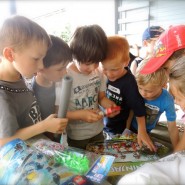 The day of the party, our little one was excited like a rabbit! Fortunately all his friends could come and they all really had fun participating in the different parts of the obstacle run. And at the end of it, they all demonstrated that they were fit to be a Ninja! 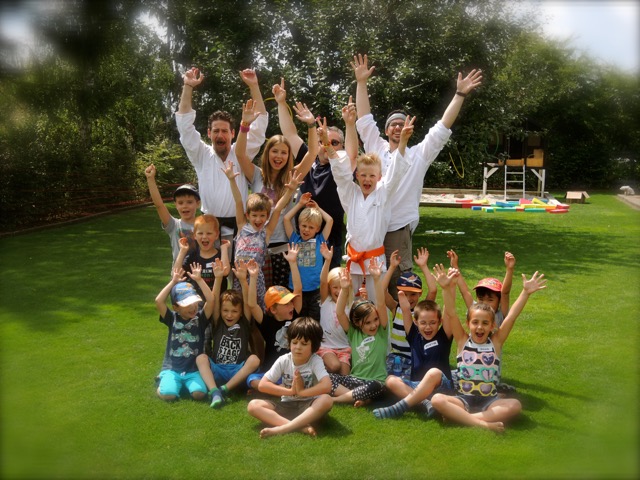 We had a great time and Charel was blissfully happy about his successful party!