What are you doing with your tomatoes from the garden? For us, nothing tastes better than a good soup made out of tomatoes from our garden! And this year our cherry tomato harvest was just huge. We had so many tomatoes, that they were maturing faster than we could look, so that we decided to cook some soup and to freeze some of it for use during the winter. 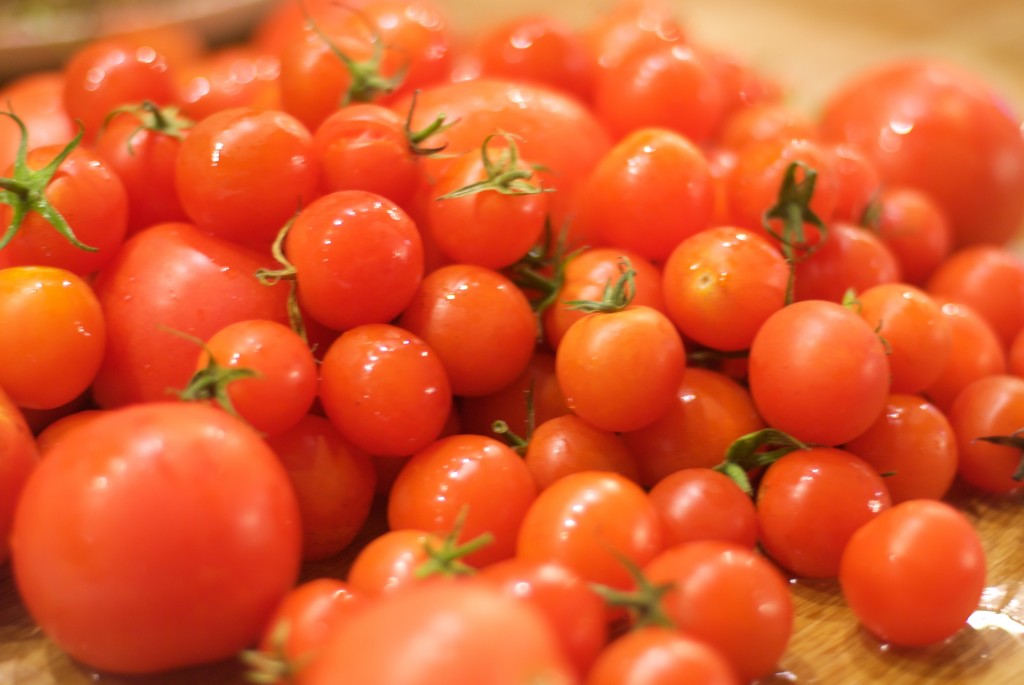 For this tasty soup you need:

First you need to peel the onions and the garlic gloves and slice them. Wash your cherry tomatoes and cut them in two. This takes some more time than slicing bigger tomatoes. In contrast to the normal sized tomatoes, the cherry tomatoes have less water and can be fleshier. 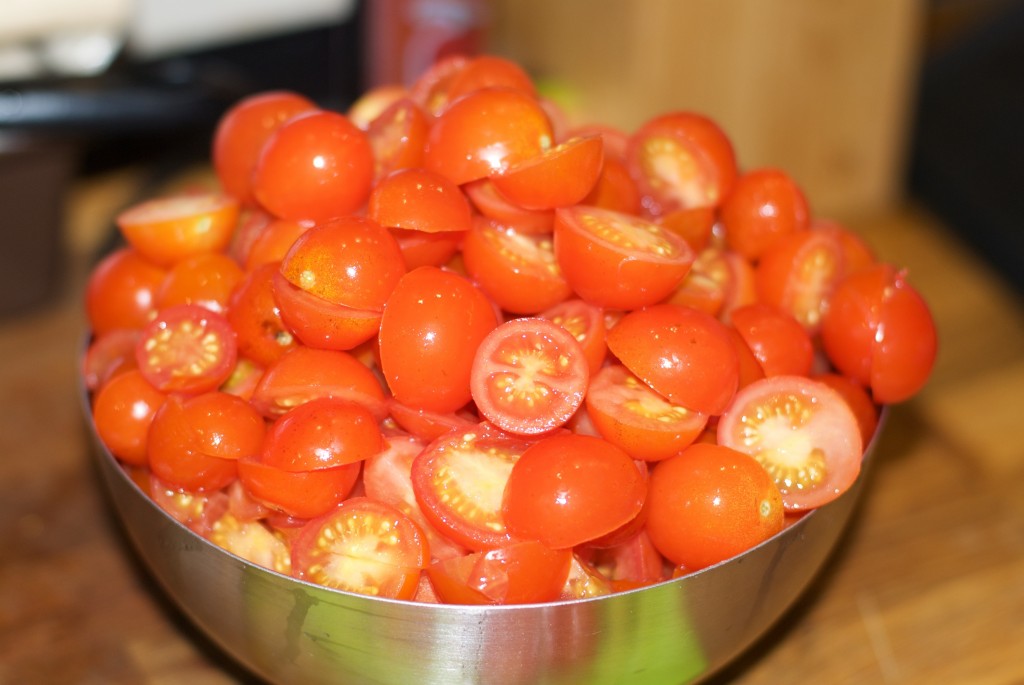 Heat the butter in a large, heavy-bottomed pot. Add the onions for about 10 minutes, before adding the garlic and the tomato paste. Add the tomatoes. Let them cook for some minutes before adding the vegetable stock. I always used chicken stock, but since our oldest one is vegetarian we changed to the vegetable one. The quantity of stock depends on how liquid or thick you want the final soup to be. Salt and pepper, add some Provence herbs and stir well. 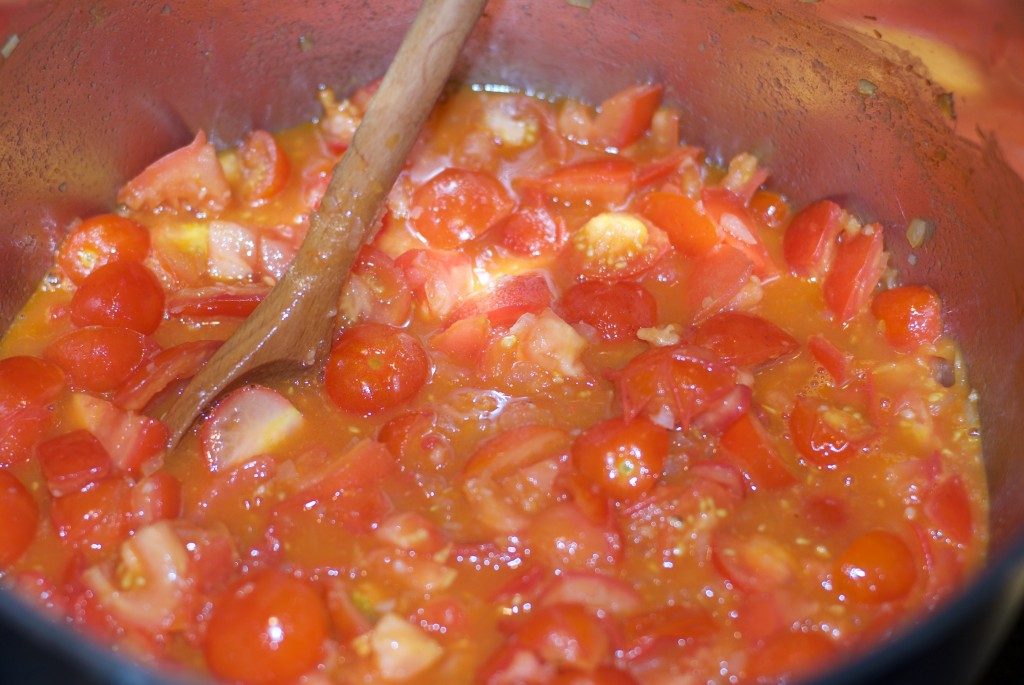 Bring the soup to a boil, lower the heat, and simmer, uncovered, for 30 to 40 minutes, until the tomatoes are very tender. Puree the soup directly in the pot using an immersion blender. You can also use a traditional blender or a food processor. Add some cream to make the soup smoother.

Serve either in a bowl or in a soups plate. You can add some more cream and for the hungry ones among you, you can also add some rice or homemade croutons (made with a lot of butter). Yummi! 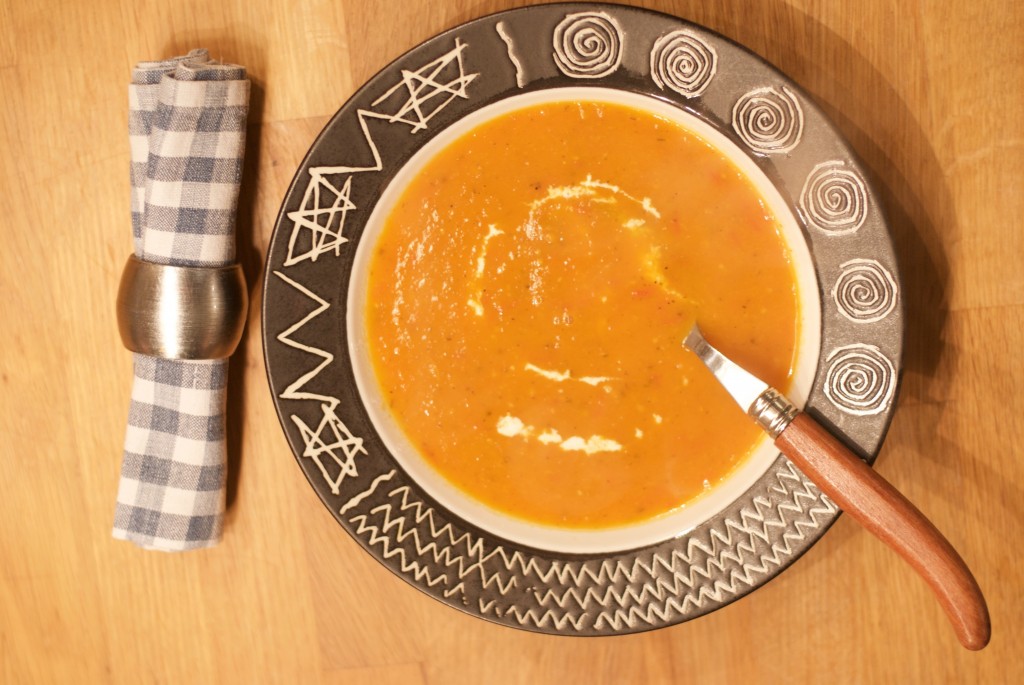 « back to cooking go top