SLEEPING ON THE BEACH


Yes, we’ve found it! We’ve really found heaven on earth for families! And it’s not even that far away from home! You don’t believe me?!? Well, that’s a pity… Just let me present you our heaven on earth: sleeping on the beach without a barrier between the home and the see, except maybe some meters of sand… It’s like paradise, and it’s only 3 hours drive from Luxembourg: in the Zeeland. Yes, you’ve read well: in Holland!!

Ok, let’s begin with the beginning! 2 years ago, friends of us discovered these new, little houses by the Strandcamping Groede situated right on the beach. And they thought it would be a great idea to book some of the houses for holidays with friends and families. As the strand houses are sold out most of the time, they took the first availability they could get. That’s how the guys already had the chance to test one of the  cabins last year in early spring and they were more than convinced: it’s just heaven on earth! We did all we could to book a new week for this year, end of season, with all the friends and families and we were lucky!! We managed to rent 6 houses next to each other beginning of September. 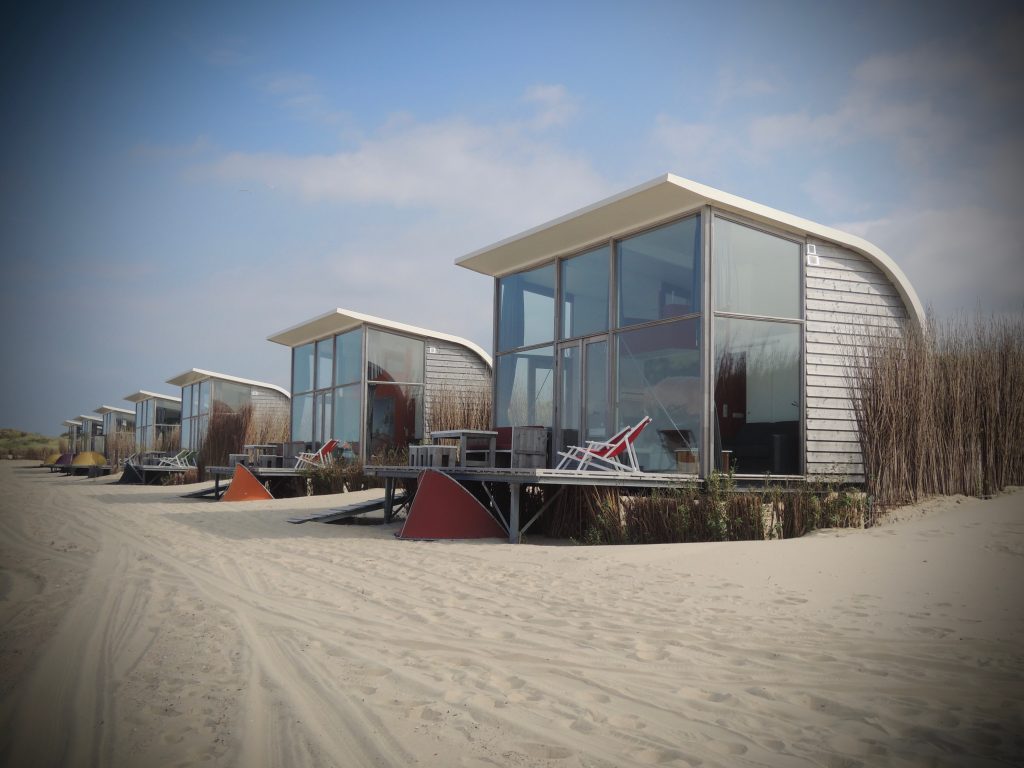 Let me present you the location, which is a real paradise for families with children and which opened only in July 2013: 15 beach houses situated right on the North Sea beach of Groede in Zeelandic Flanders. The cabins have an open plan design with a beautiful, panoramic view of the beach, the sea and the dunes. The first thing you see in the mornings when opening the curtains is the sea: a magnificent view you won’t forget that fast! The beach cabins can house a maximum of 6 persons and are equipped with all the necessary amenities. They use sustainable energy ad are constructed out of sustainable materials. During winter, the houses are dismantled and looked after so that they are as new when the season begins. 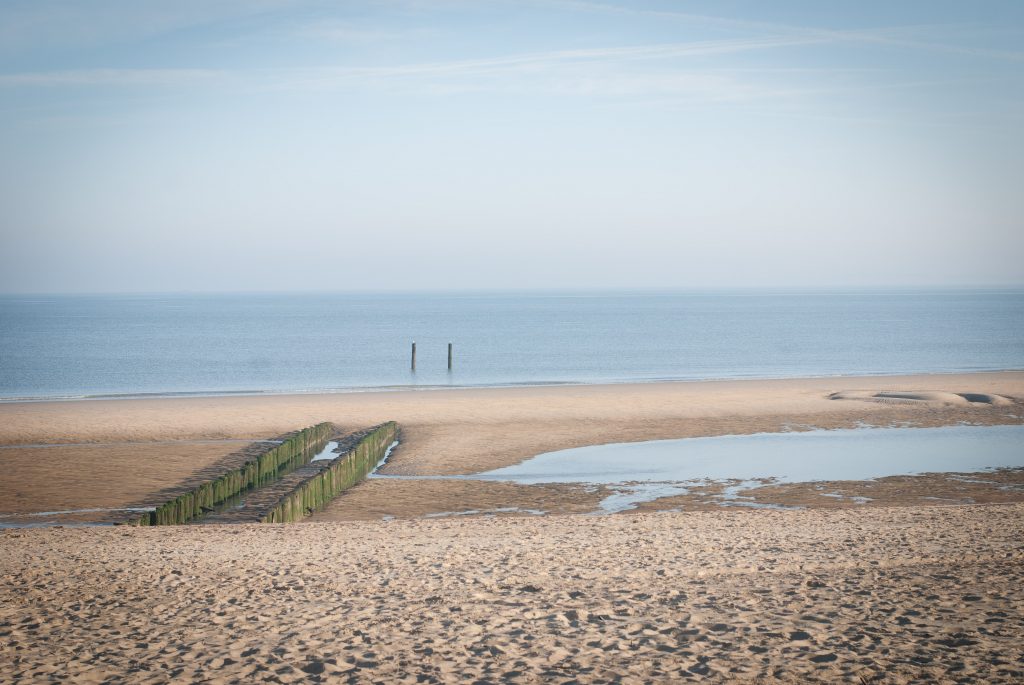 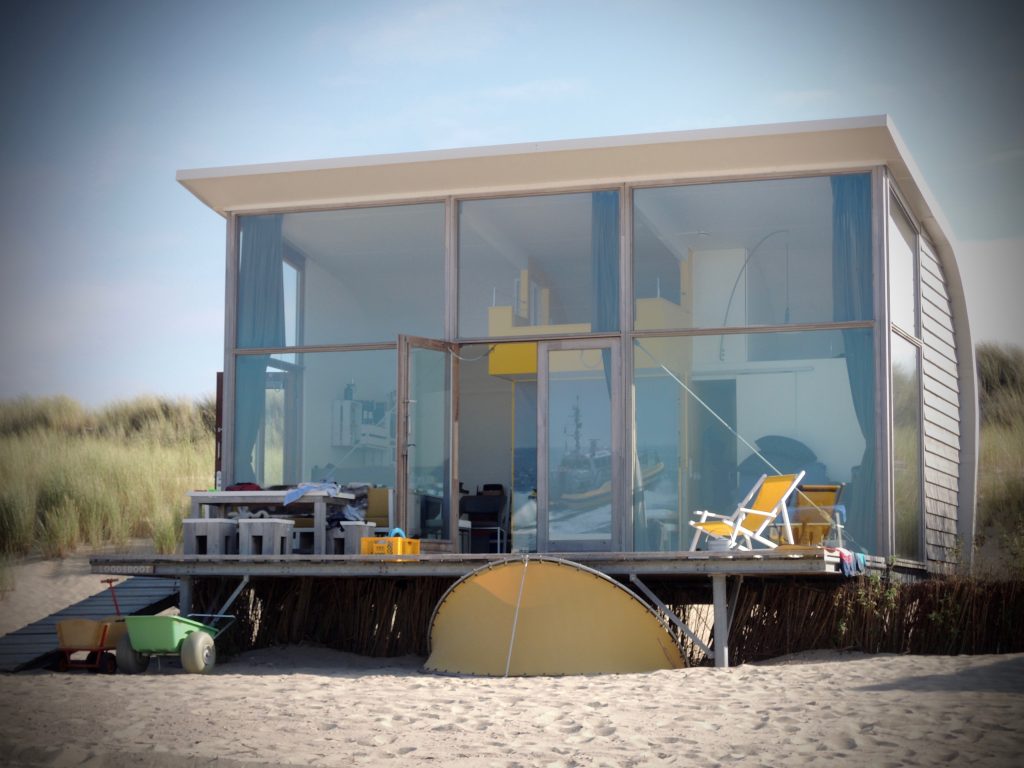 The structure of each of the 15 houses is identicaly designed: open kitchen with dinette, bathroom, bedroom and living room with sleeping couch are on the ground floor, the master bedroom is situated in the mezzanine. Each house has its own name and is decorated in a different colour. On the large terrace with sea view you have a table with seats where we passed some great moments until early mornings! In the mornings, when we were still sleeping, the boys had just to get out and to toll around in the sand! It was really paradise on earth for them… 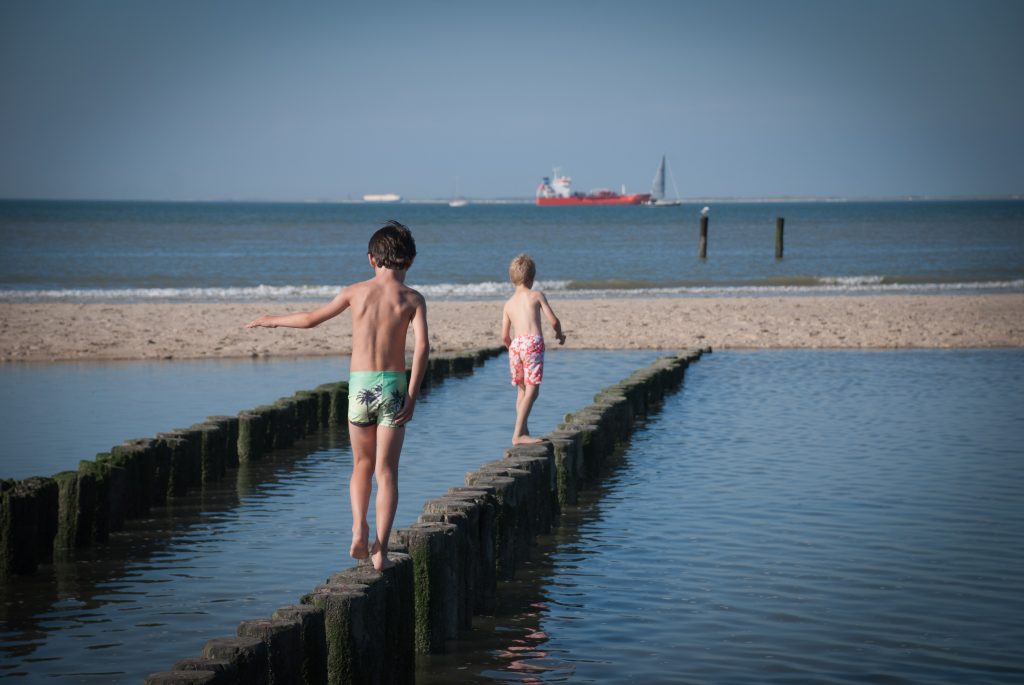 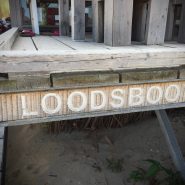 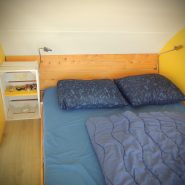 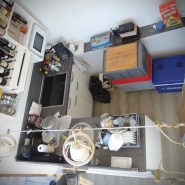 On the practical side, you cannot access the houses by car. Your vehicle has to stay at a reserved parking at the front of the dunes. A walking path allows you to reach the cabins by foot. A special luggage train will transport your belongings on your arrival and departure day to your house. Each cabin does also have a pull cart which you can use to carry small luggage or your shopping bags… A locked bicycle storage area is also available. And for all the other useful services, you will have the Strandcamping with its reception and shop. 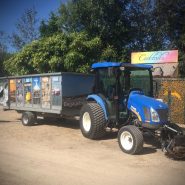 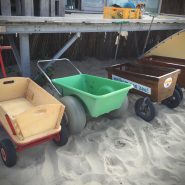 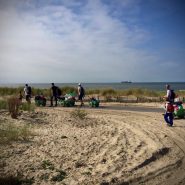 As this amazing experience of sleeping on the beach is quite successful, some other strand houses have been constructed along the Dutch sea, like the ones by the Strandweelde Camping (negative: the master bedroom for 4!) or the ones in the Park Hoogduin next to Cadzand which opened this year… 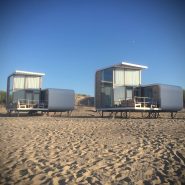 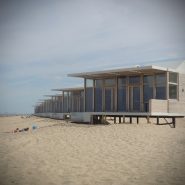 We just fell in love with the beach houses in Groede and we already look forward to get back again in the future… We unfortunately missed the occasion to book on time for 2017… But who knows, maybe we’ll be testing some other strandhuises in Zeeland?!? 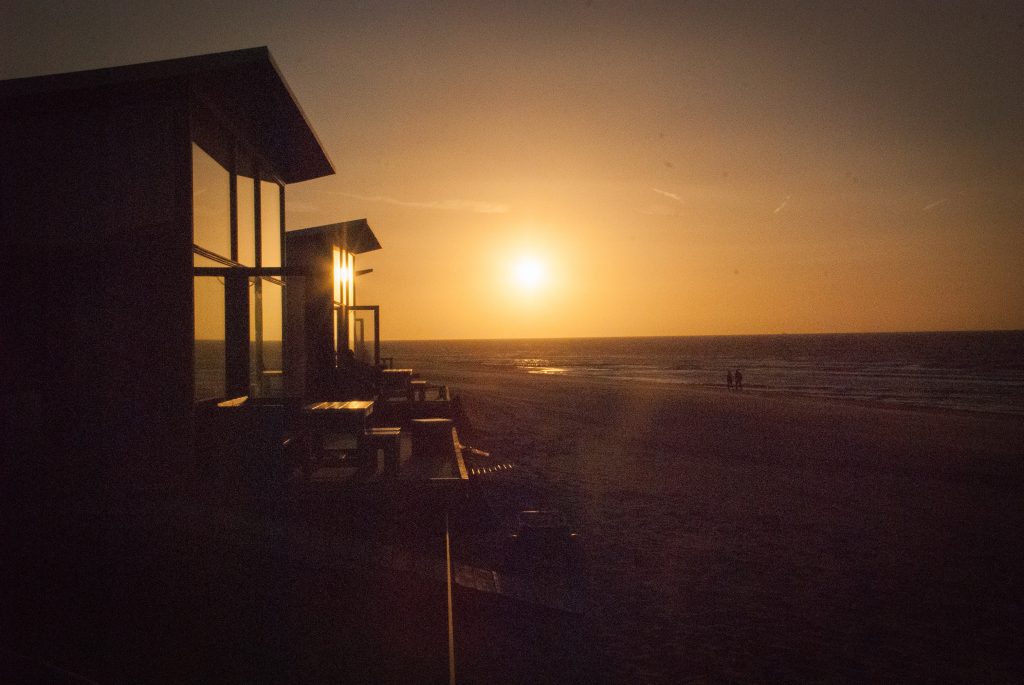 If you’re afraid of staying that far away from civilisation during one week, here some ideas what to do in case of boredom or if the weather’s not fine: 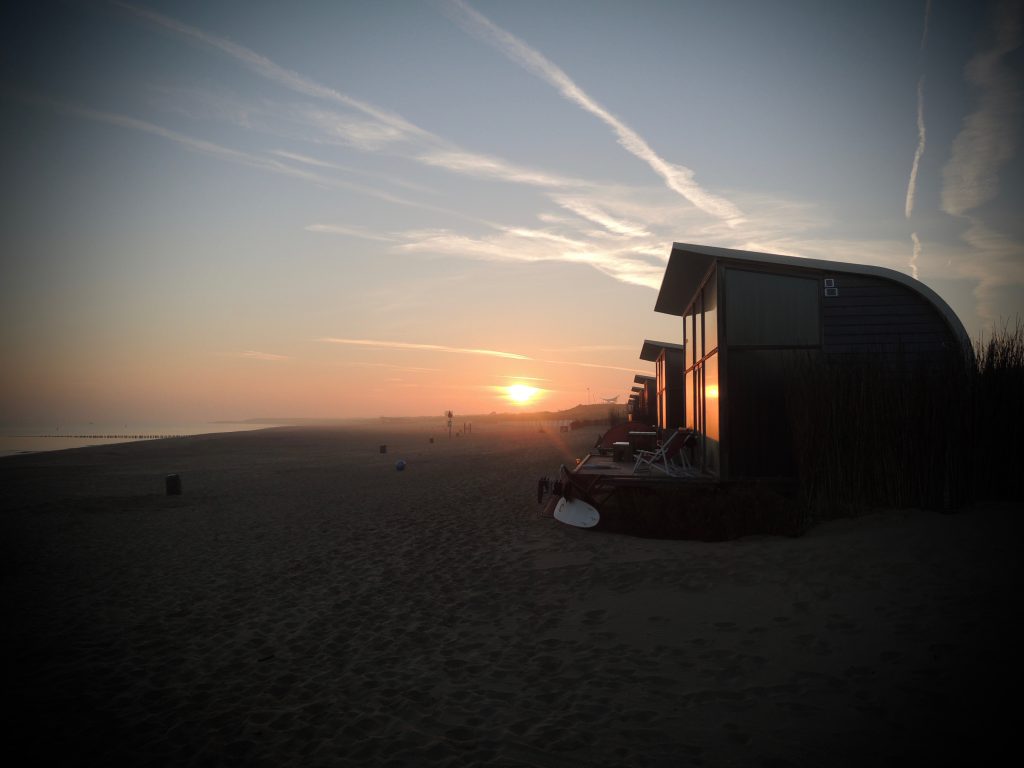