Friends of us offered our youngest son a homemade hippo pillow for Christmas and I received the instructions on how to sew it! Both of us were thrilled!!

Since Christmas, the hippo pillow is the best fellow of our youngest who has to take it everywhere with him if we stay overnight. And I just love the idea of the double use of this soft toy: the children can play and sleep with it. I was so lucky when Michèle told me, that, if I wanted, I could get the instructions and the forms to sew it myself! It was like Christmas for me too!! 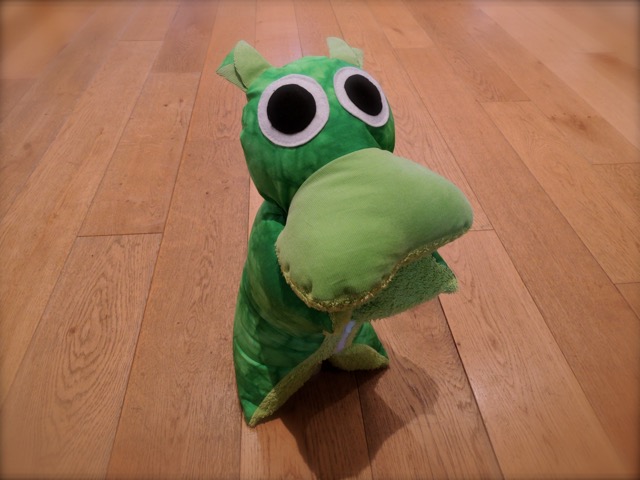 So first thing I did, when I received the instructions, was to check my stock of fabrics. I had to prepare myself for some shopping, as I did not have enough green fabric for a green hippo. As I had not yet worked with Velcro I also needed some of this.

I found the right green fabric I had in mind in a little shop in Dudelange, called Arlette Créations. The Velcor was bought in the sewing section of the supermarket. I first bought the wrong one: the self-adhesive. It was only when I was trying to fix it with the sewing machine that I noticed my mistake!! I had to go back and to buy the normal one…

After having washed the different kinds of fabrics I was using (cotton, cord and terry), I cut out the different elements of the animal. I had to check several times the instruction sheet, as from the beginning I did not really understand all the different parts. Slowly but surely I did get all the pieces together and began with the sewing. That was fun! It’s always great fun when I am working on the first example of a new model; the enthusiasm is so high to get as fast as possible to a result. 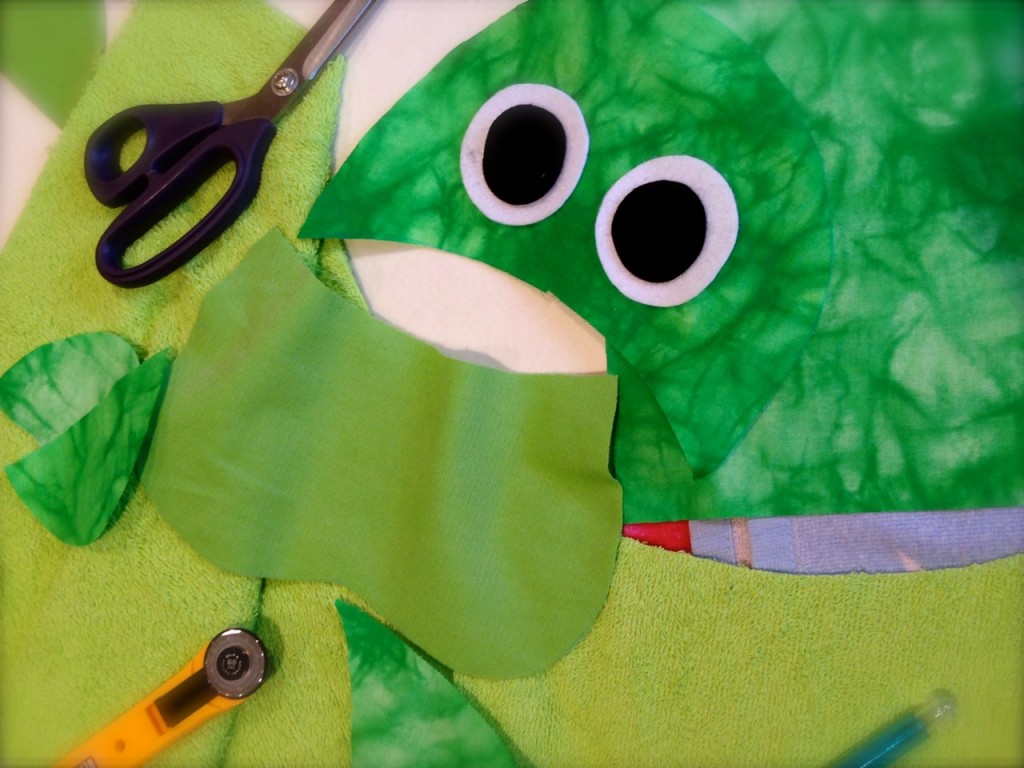 First I had to sew the Velcro, where I noticed my mistake with the self-adhesive one. I quickly went over to the supermarket to buy the right one, and I was lucky: they had some! After that, it was time to sew together the snout with the head before this one was sewed to the body. 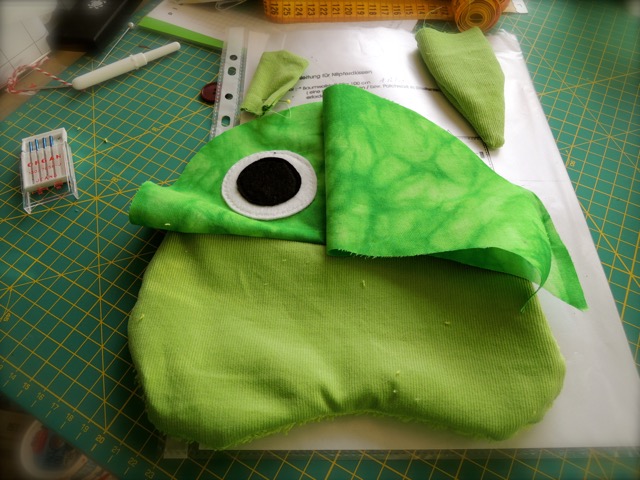 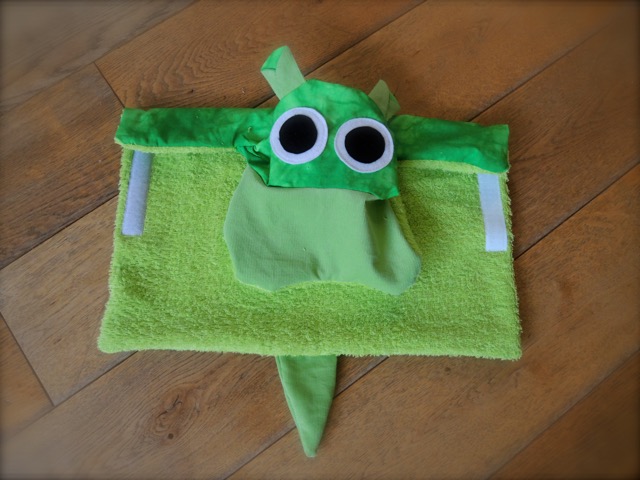 Body and head got filled with fiberfill. Then it was time to finish the animal at the throat by hand. That’s always the thing I like the less to do. I tried to finish it with the sewing machine, but I soon discovered that that would not work, so I had to use my little fingers to do it by my own with no technical help! I will not tell you how often I pricked my poor little fingers… 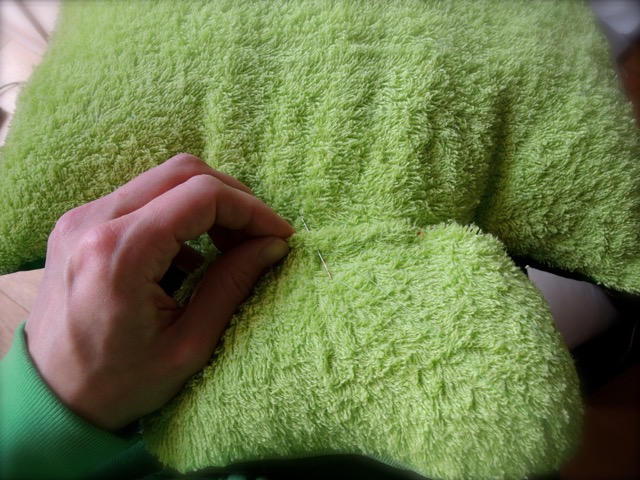 At the end, I have to admit that I am quite happy with the result! 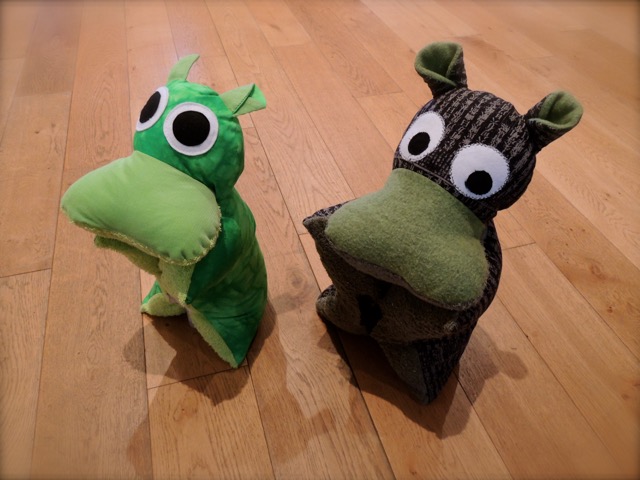 The green hippo is a little bit smaller than the original one, but for the rest, it looks great… at least for me and for our youngest one who has already adopted him! 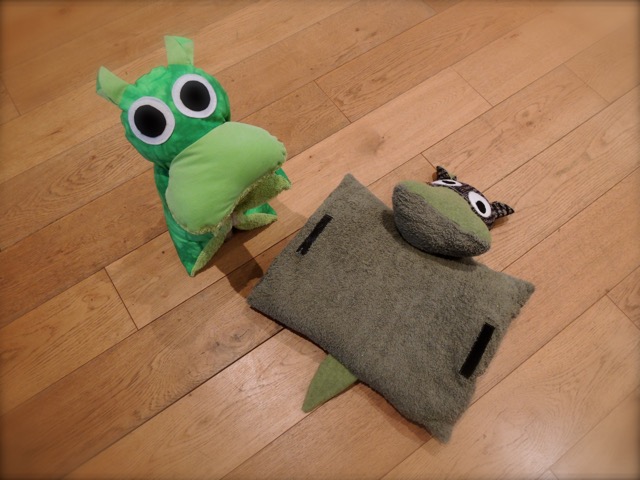