A ROMANTIC WEEKEND IN LUCERNE


On our last trip down to Milan last weekend, we decided to take the car and to make a stop over in Lucerne with its old town and its 14th century old city walls. What a lovely discovery we made!

It only takes about a 4:30 hour car drive from Luxembourg down to Lucerne, perfect to leave on a late Friday afternoon. Lucerne is located in central Switzerland, in the German-speaking part of the country. The city is situated on the shores of the Vierwaldstättersee, within sight of Mount Pilatus and Rigi in the Swiss Alps. 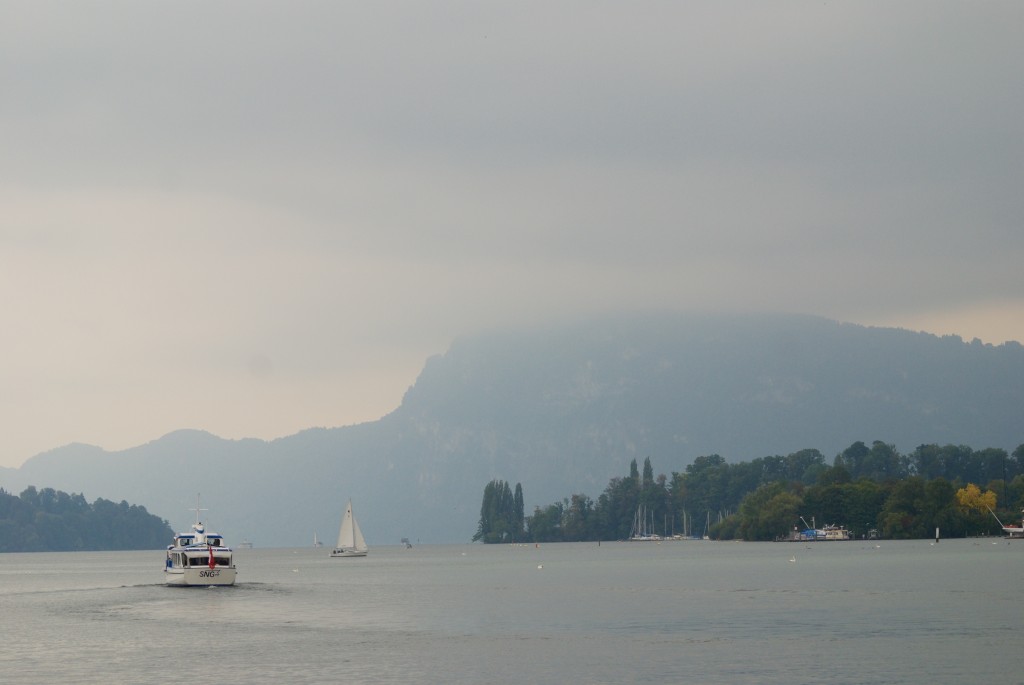 We stayed at the Designhotel The Hotel – Autograph Collection, which is listed among the 20 best hotels in Switzerland by the SonntagsZeitung. It is  French architect Jean Nouvel (Pritzker Prize winner in 2008, Fondation Cartier museum in Paris or Galeries Lafayette in Berlin) who took care of the design. The Hotel is situated in the heart of the city, only 300 meters from the train station as well as from the old part of the city: the perfect location to discover Lucerne by foot. We for our part have to admit, that we were not that impressed by the design of the rooms. Our corner junior suite was quite sterile even with the floor made out of wood panels. The picture on the ceiling was quite disturbing; I did only recognize the content of it in the morning light… But I suppose that design freaks will find it the perfect spot to stay in Lucerne! 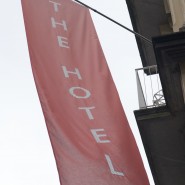 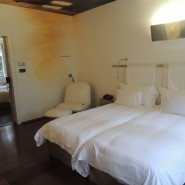 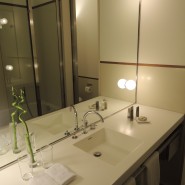 On Saturday, after a late breakfast, we made our way through the streets down to the railway station, which has been rebuilt between 1984 and 1991 after a fire in the early 70’s. Quite interesting is the main portal of the former station, which survived the fire and now stands as an impressive arch in the middle of the square in front of the station. From there on we passed the impressive Kapellbrücke or Chapel Bridge, the covered wooden footbridge (unfortunately closed for restoration works) with its water tower. The bridge is said to be the oldest wooden bridge in Switzerland dating back to the 14th century. Originally both bridge and tower were parts of the oldest medieval city ramparts of Lucerne. The Water Tower also used as a dungeon, an archive and a treasury vault. Nowadays, a traditional association uses it as a clubroom; therefore it’s not open for public. 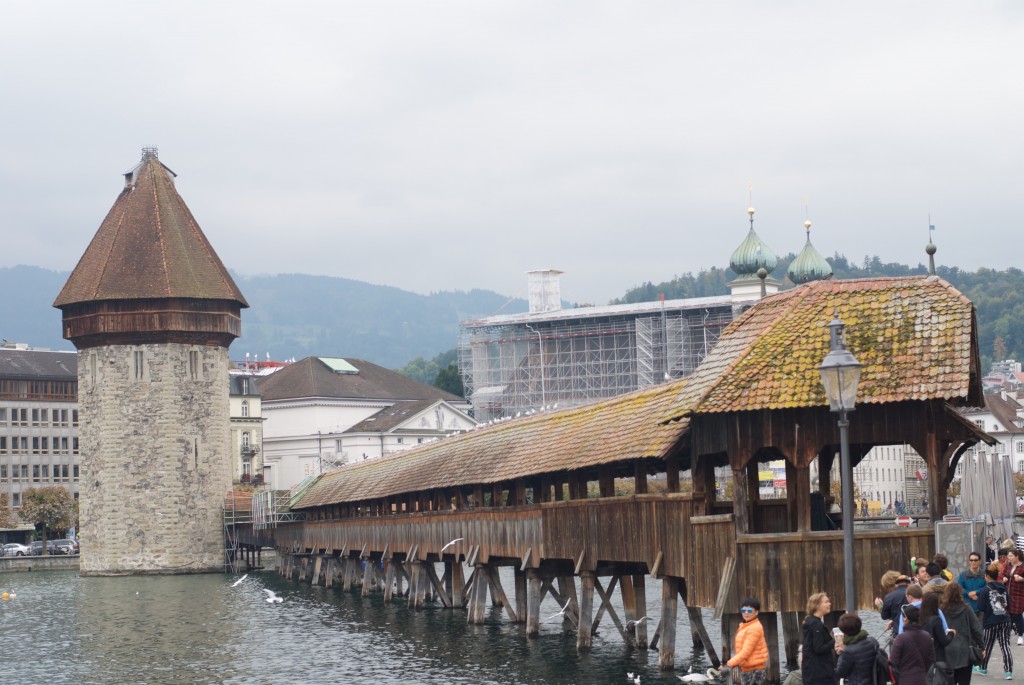 Continuing our walk past the Jesuit Church, the first large sacral Baroque church in Switzerland (actually being renovated), before crossing one of the nice bridges to get to the Old Town with its numerous picturesque squares: Weinmarkt, Hirschenplatz, Kronmarkt… on the right bank of the River Reuss. There we discovered numerous small streets and corners full with historical buildings. We made a stop for a small lunch at the Inn “Wirtshaus zum Wissen Krütz », which seems to have been existing since the 14th century, so one of the oldest known inns of Lucerne! 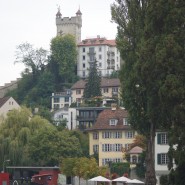 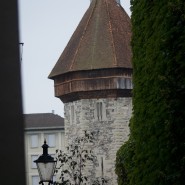 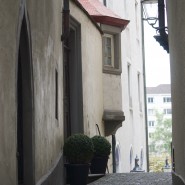 Other important spots to visit in Lucerne: 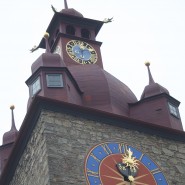 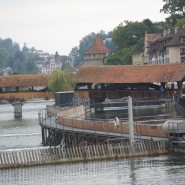 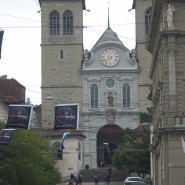 After having done a lot of sightseeing and some shopping, we were too tired to get out of the hotel on Saturday evening, so we decided to try the restaurant of the hotel. After an aperitif with some sushi at the bar of The Hotel, we had dinner at the Bam Bou Restaurant where east meets west! We were keen on trying out the fusion cuisine proposed by the cook Andrew Clayton (we saw at the lobby earlier in the day) and we were not deceived! In an elegant Asian surrounding, the restaurant is situated in the basement of The Hotel. We went for the 5 course tasting menu and were really positively surprised, except eventually the cheese plate which was a little bit unusual for a fusion cuisine! A perfect end of our first day in this charming town! 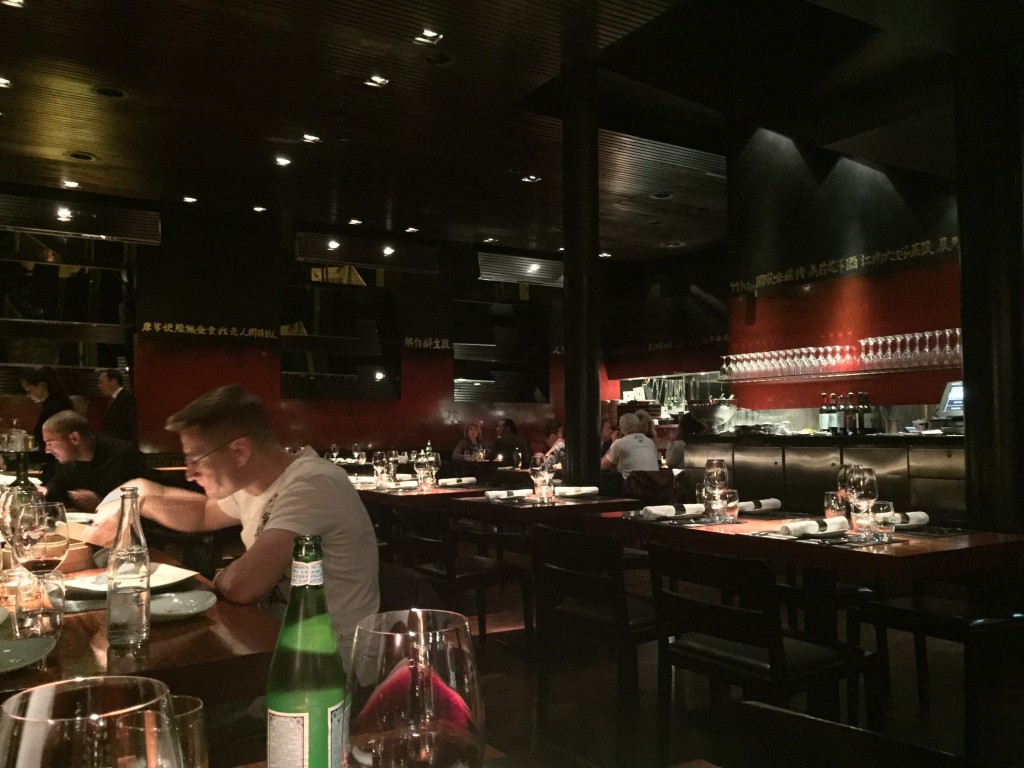 On Sunday, we took our time and walked by the lake on the city promenade, enjoying the view of the mountains around us. Walking from the train station over the promenade, passing by the Grand Casino Luzern, to the Carl Spitteler Quai and crossing the Haldenstreet to get to the Bähnli, the house cable car, which did lift us to the entrance of the Art Deco Hotel Montana and its Gaultmillau restaurant Scala for their traditional Sunday Brunch with its unparalleled panoramic view over the lake, the mountains and the town: a simple Must! And for the cigar lovers as well as for the jazz fans amongst our readers, we only can highly recommend the Louis Bar as well as the Hemingway Rum lounge of the Montanta Hotel! 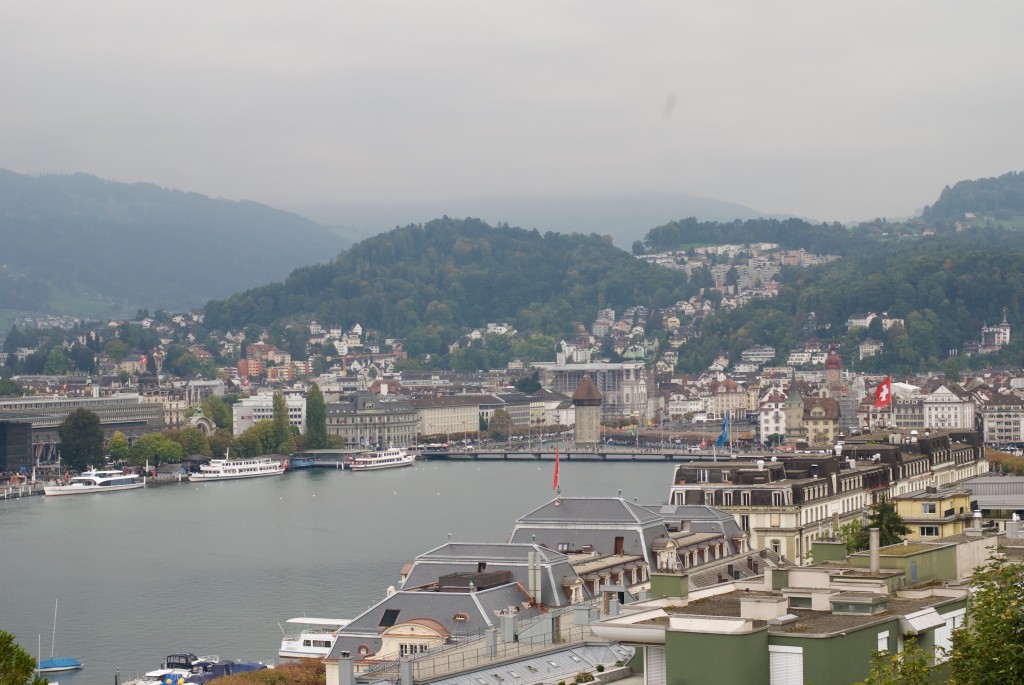 We finished our journey with a relax boat tour over the lake and had a perfect romantic weekend in Switzerland. Do not hesitate to copy us for a romantic Swiss weekend! 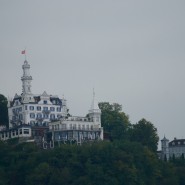 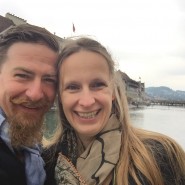 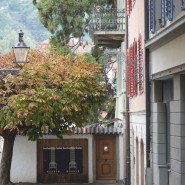 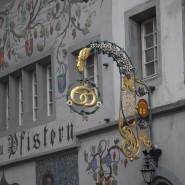 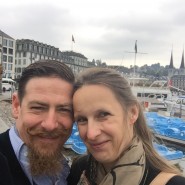 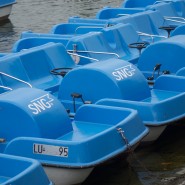 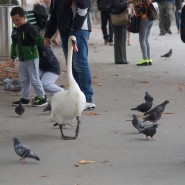 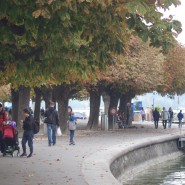 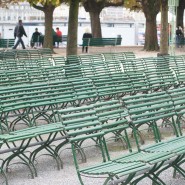 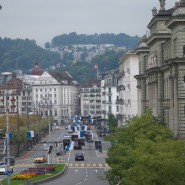 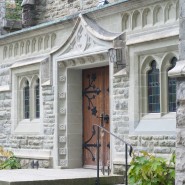 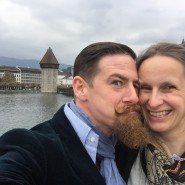 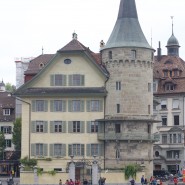 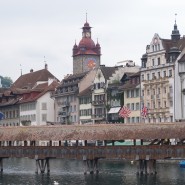