How about a bunny shirt for Eastern? I recently discovered in the March edition of Snaply magazine this awesome DIY for a bunny sweater. What a wonderful idea, perfect for our niece’s Easter gift. The decision was taken: I will also sew such a shirt!

I went shopping first thing the day after… I had already in mind which fabric to buy… Veritas has this amazing grey and glittering sweatshirt tissue which I saw some time ago, but didn’t know yet what to sew out of it. It was the perfect fabric for this project! For the nose and the inner part of the ears, I just used some of my rests (my cupboard is filled with a lot of them…).

For the shirt model, I did not use the one from the tutorial, but one I had already in my papers, the “Hoodie Fritzi” by Madame Jordan found on Makerist. Following the tutorial for the length of the arms, I however decided to roll the ends of the arms and the shirt up, turning the inside outside and fixed them with a simple sewing stitch all around. In the same way, I took some of the tissue, that I used also inside out for the end of the neck. For the eyes, I used some simple black buttons. 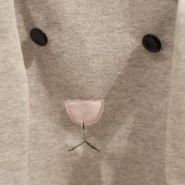 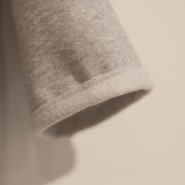 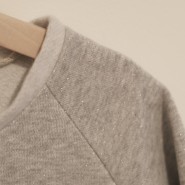 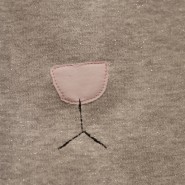 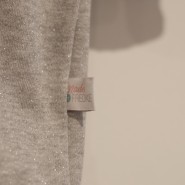 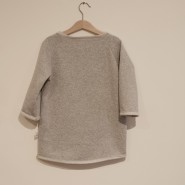 And I have to admit that I am more than satisfied with the result of my creation! Just hoping now that the little miss will love it too! 😉 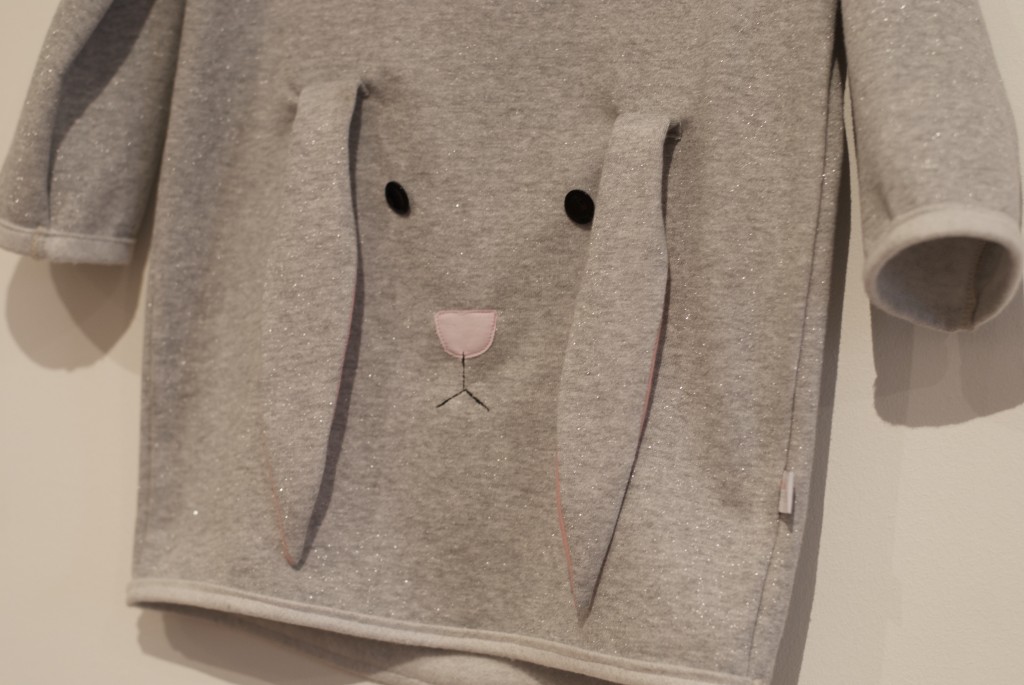 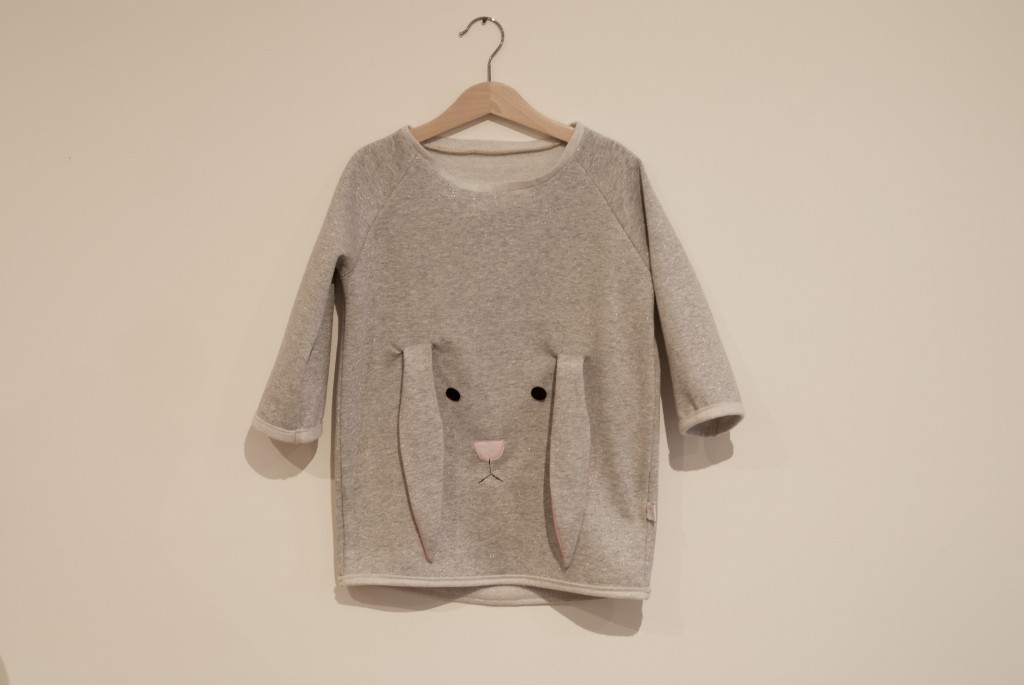